Chopperdrvr said:
That's what I thought the first time I shot a friends 10 mm. We were plinking at a 10" steel plate hanging by a chain. The second shot on the steel and it broke the chain. I was hooked right then. I bought a .40 SW about 6 months ago and still haven't shot it. I bought it because it was a New Orleans PD turn-in with their shield. I grew up there and bought it just for grins.
Click to expand...

I'd say I'm a bit more drawn towards a 10 mm than I would be a .40. I'd have to shoot one to see what I think of it. I missed an opportunity (20 years ago) to buy a .45 WinMag. I loved shooting one of those when I lived up in the Arctic. It was on a double-stack frame too, so it had some serious girth on the grip.

Ratdog68 said:
I'd say I'm a bit more drawn towards a 10 mm than I would be a .40. I'd have to shoot one to see what I think of it. I missed an opportunity (20 years ago) to buy a .45 WinMag. I loved shooting one of those when I lived up in the Arctic. It was on a double-stack frame too, so it had some serious girth on the grip.
Click to expand...

Looking forward to a flood of cheap .40's to hit the market but still havent seen any. I will be sure to pick up when they become bargains. Everything old is new again...given enough time.

Chopperdrvr said:
I picked up a G22 for under $300 that was a police turn-in. AIM Surplus has had some pretty good deals on turn-ins.
Click to expand...

Recently picked up a Sig P226 LE trade in for just a little more. I have a pile of .40 ammo and nothing to shoot it with so now that 9mm ammo is as scarce as toilet paper I picked up a .40 for zombie defense.
N

10 has a good bit of kick to it. More so than a .45. Haven't tried it from a handgun, but works awesome in my AR pistol. Gun didn't like the 230 hard cast rounds, but probably would be fine with a tubbs spring. Shot 180s all day.

Yes Bull, yes it is.

Woodstock said:
Yes Bull, yes it is.
Click to expand...

That would be a great deal. Too bad the caliber is dead.

nmhunter said:
Since the FBI has made the switch back to 9mm, I've read multiple opinions and articles predicting the death of the the 40 S&W, yet just yesterday, I saw a press release from Federal and Homeland Security announcing a five year contract to produce 180 million HST rounds.
Opinions?
Click to expand...

So I don’t see it going anywhere soon. 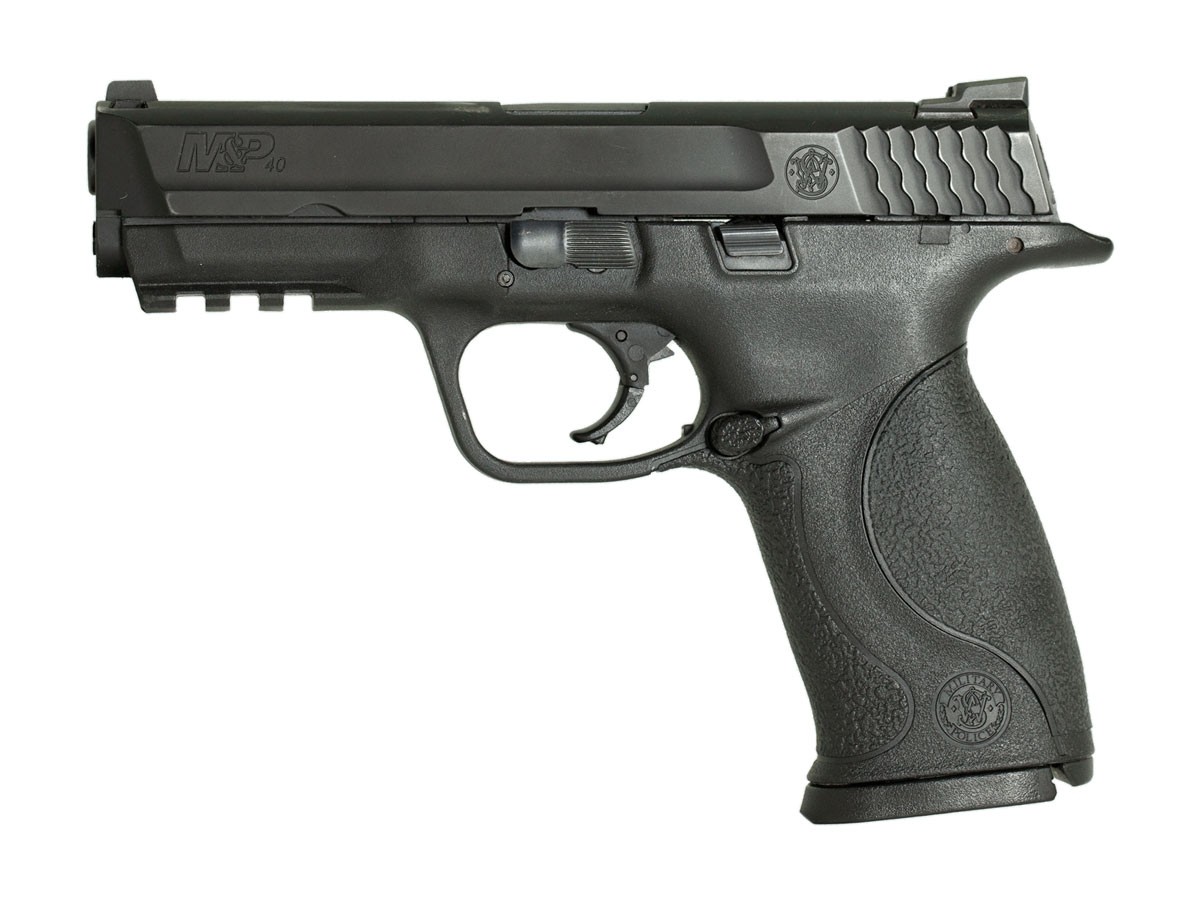 Precision built to be the most accurate and reliable firearms, M&P

Tanlover442 said:
This looks like a budget buy? Whatcha think?

Precision built to be the most accurate and reliable firearms, M&P

M&P's are good guns. Their ergonomics are awesome. Only 2 mods I have really head people doing is barrels and an APEX trigger. I polished the componets on my shield and the trigger is nice and smooth.

Joined 2 mo ago
·
20 Posts
I'm waaaay late to the discussion here, and it has been stated in various ways several times; I think one of the biggest pros to the .40 S&W nowadays is the ability to purchase handguns chambered in it cheaply. Granted, if you shoot it a lot you are going to offset the savings with ammo/component costs. Still, I picked up a LNIB USP 40 for $407, and a NIB M&P 40 Pro Series for $345 last year. My daily carry around the ranch is an M&P40, and I've used it to kill many things including three hogs. I definitely don't shoot the .40 for leisure. I'm old and decrepit and picking up brass isn't something I like doing much.

The caliber/chambering isn't probably going to see a revival. Still, with as many pistols were produced in .40 you won't have a hard time finding anything to feed it for many years...that and it still has a firm footing in the competition circuit.
61 - 79 of 79 Posts
Join the discussion
Continue with Facebook
Continue with Google
or sign up with email
Recommended Reading
Read More
Read More
About this Discussion
78 Replies
42 Participants
Last post:
diggler1833 2 mo ago
6.8 SPC Forums
A forum community dedicated to 6.8 SPC firearm owners and enthusiasts. Come join the discussion about optics, hunting, gunsmithing, styles, reviews, accessories, classifieds, and more!
Full Forum Listing
Explore Our Forums
6.8 mm Firearms Discussion 6.8 SPC Ammunition & Reloading General Discussion Hunting with the 6.8 mm Accessories (Mags, Optics, Slings, Grips, Stocks)
Popular Communities